This afternoon, while out for my daily lunchtime walk along the waterfront in Toronto, I spotted the familiar keyhole shape of a Contessa 26 companionway. As I approached the boat, her skipper, Paul Kestle came up into the cockpit and we had a conversation. 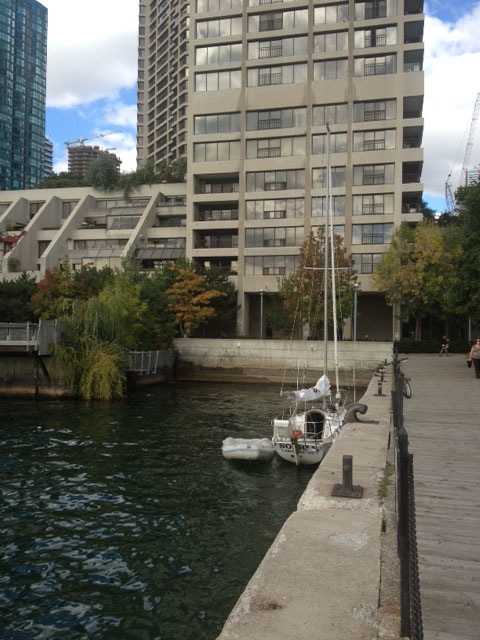 Paul has been living on his Contessa 26, Sophia, for the last several years, including winters. He spends his summers hanging off the hook in many places in and around the GTA, and winters at one of several different marinas. This year, he says Sophia is being hauled out for a refit and paint job. 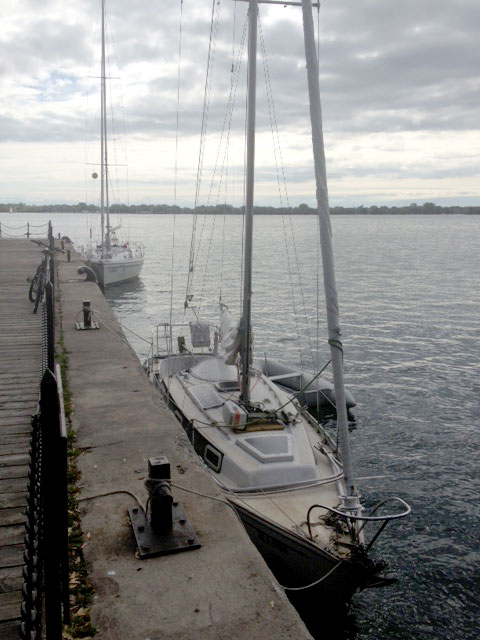 Paul has extreme confidence in the seakeeping capabilities of Sophia, and reports having been out in 5m waves without feeling like the boat couldn't handle it.

He's hoping to meet up with the Lake Ontario Contessa 26 Association (working title) at some point in the future. 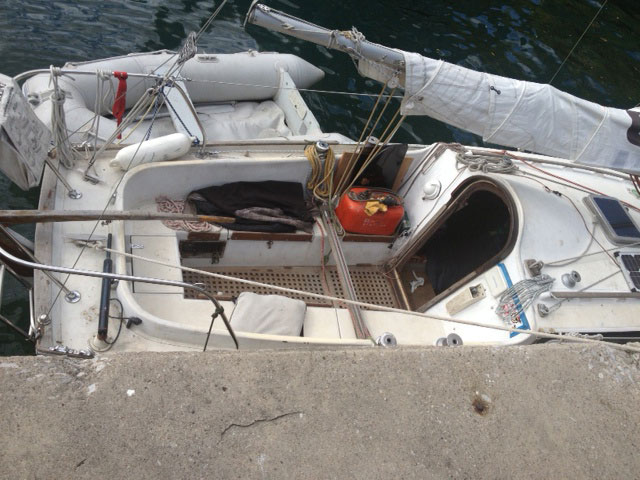 The number of questions I have for Paul Kestle....
What does he do for heat in the winter?
What appears to be  < 20 watt solar panel, is this enough?
Cooking/food choices?

He said he would join, once the boat is out of the water and he's at his sisters house. Apparently he had a laptop, but it got soaked, leaving him without access. Leaks are one of the things he's planning on fixing during this overhaul.

He also said he hopes to be able to join us at one of our association gatherings at some point.

If anyone else has questions for Paul, let me know, since I am, at asome point, going to interview him and do a front-page article about him, the boat, and his lifestyle.

Sorry we missed him in November.  Lets make sure we follow-up for our December meeting.